FUAVE’s test areas act as Living Lab environments in urban and rural areas. These areas provide a one-stop-shop for unmanned aviation research, business and applications. The FUAVE test areas include:

The FUAVE consortium is building a sustainable base for the development and use of these test areas.

The test areas can be used as platforms for the development of safe and weatherproof UAVs and sensors. They also enable the development of scaled aviation solutions for urban and rural areas. Target is to implement service simulations which are not just a one flight but to simulate longer term all-weather operations. Even downtown operations are targeted, as far as permissions are received from the civil aviation authority.

The FUAVE project is funded by the Academy of Finland and we aim to advance the drone-related development and innovation activities together with the companies. 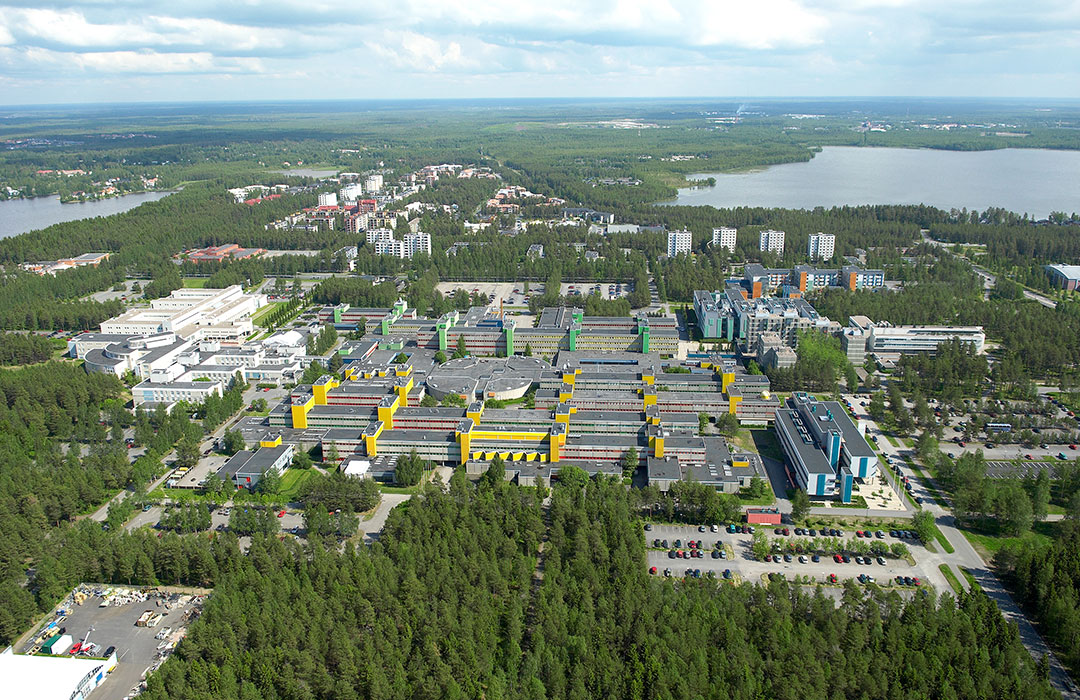 Oulu West (officially EFD682 OULU-HAILUOTO) is a large UAV test area, which is located in three municipalities, Oulu, Hailuoto and Ii. The headquarters of the test area resides in Linnanmaa University campus. Local Universities and VTT are planning to use this test area as a special urban UAS testfield, especially for urban UAS applications requiring low altitude and autonomous flying i.e. for deliveries, sampling etc. The types of UAVs vary from light to heavy upon application. The test area is coordinated by the Oulu University of Applied Sciences in collaboration with other FUAVE consortium members. 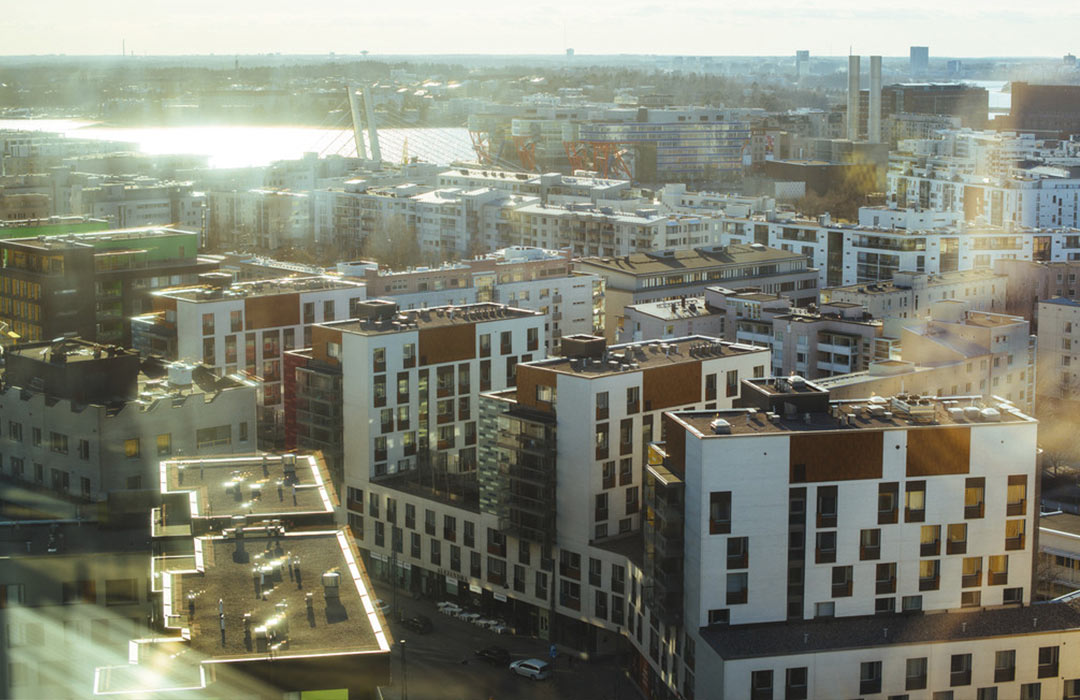 Jätkäsaari is a densely populated area in the heart of Helsinki. The area is ideal for an urban UAV testfield, for diverse applications requiring low altitude and autonomous flying, i.e., for deliveries, sampling, traffic monitoring, water quality monitoring, following sailing competitions etc. The types of UAVs may vary from light to heavy upon application. Forum Virium Helsinki Oy is one of the biggest actors in the area. Paikkatietokeskus FGI  will be the main operator/contact for all D-area flights.

The area includes highly populated built regions, industry areas, harbours, water areas, recreational islands etc. There are some restricted areas for aerial imaging, such as Melkki Island, Merisotakoulu at Suomenlinna, one in Lauttasaari. Size of the area is about 11.5 km x 8.5 km, with three sub-areas. 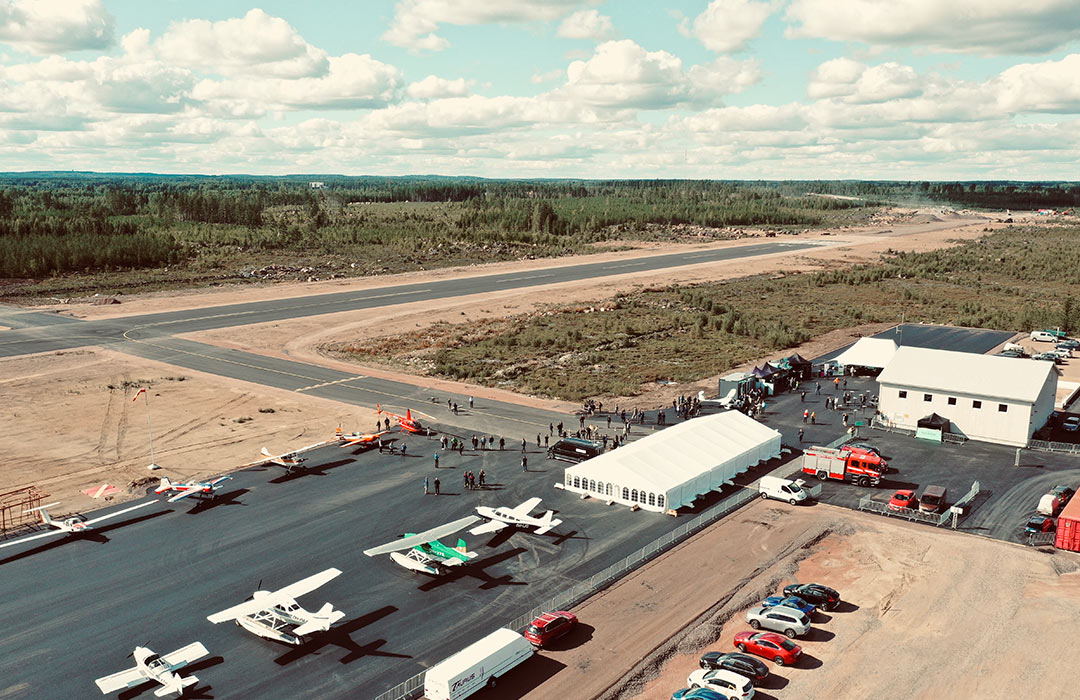 Helsinki East is a new operational and fully licensed aerodrome some 60 mins east of Helsinki by road. It is developed and managed by Redstone Aero, owned by the aviation industry and professionals. The main focus is to provide services for professional GA and future air traffic. Redstone wants to be on the leading edge in developing future Aerodrome solutions. Strong involvement in digitalization, 5G, and data processing will be a big part of Helsinki East operations. Redstone focuses on creating an innovation center for developing unmanned and electric aviation. The innovation center will form a network of drone professionals and will provide aviation services, workspace, and co-operation to all members of the community.

From the Pyhtää airfield towards Ruotsinpyhtää model aircraft field there is a TEMPORARY DANGER AREA EFD713-PYHTÄÄ-RUUKKI. The test area is coordinated by South-Eastern Finland University of Applied Sciences XAMK in collaboration with other FUAVE consortium members.

The experience center Aeronautica Arena and Pyhtää village are located next to the airfield. 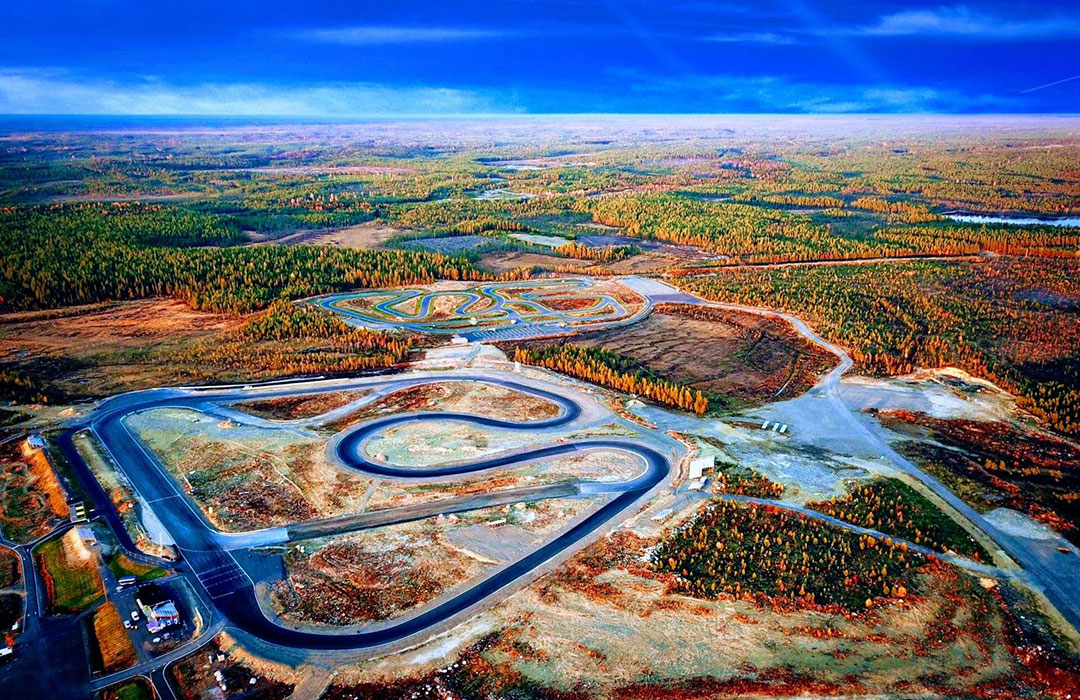 Official name for this area is TEMPORARY DANGER AREA EFD695 SAKARINAHO-KÄÄRIÄNKORPI. This place is better known as OuluZone. The location is about a 30 minutes drive to the east from the city centre of Oulu. The test area is coordinated by University of Oulu in collaboration with other FUAVE consortium members. 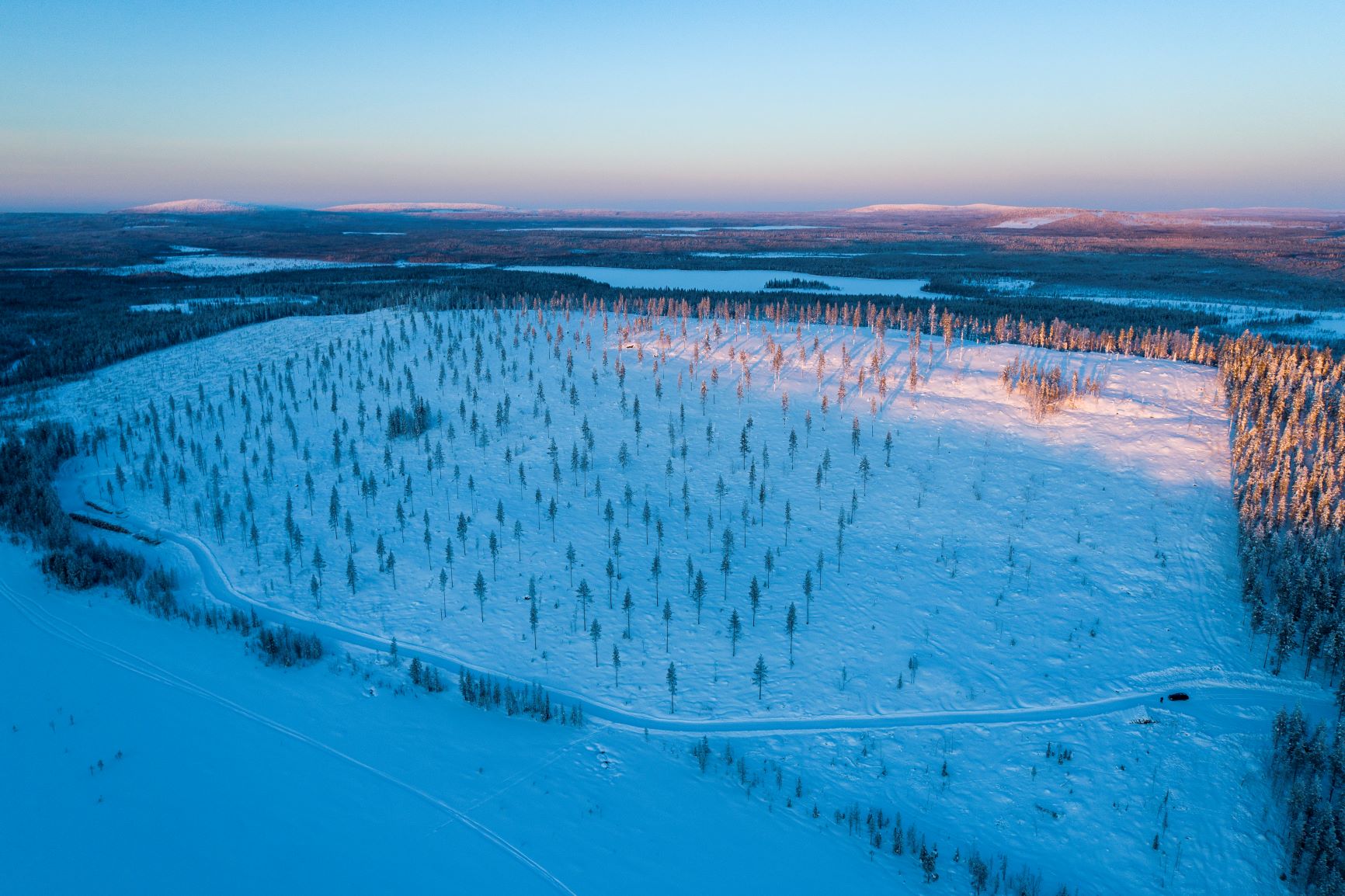 Landscape is mostly wilderness and wetlands, with separated fields. Temperatures range from -47°C to +30°C.

The Lapland East test area includes terrain from fields to wetlands and also a big catchment area for the river Kemijoki, the longest river in Finland. Also inside the test area are forests on all the growing stages and agricultural fields.

To the municipality center, where the test area HQ is located, comes optic fibre and there’s fast mobile network, but outside the center there’re many shadow regions that don’t have any network.

There are no airfields etc close by so only airspace usages come from military and occasional small aircraft. 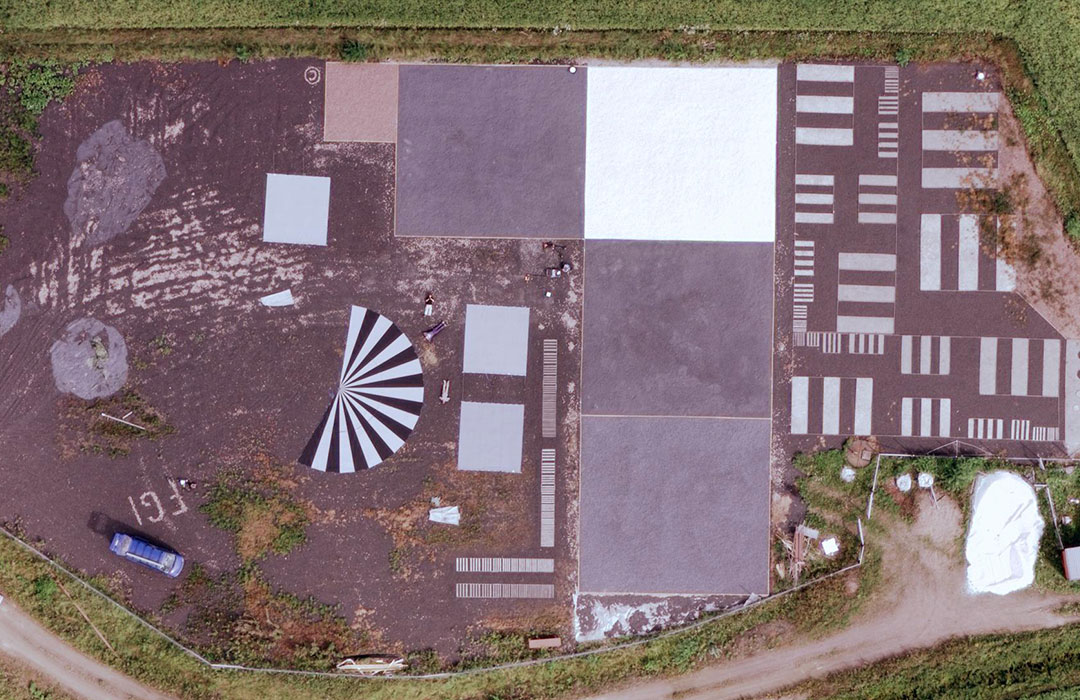 In the south, the test area contains the “Sjökullan Lennokkikenttä UAS” and a Tempo-D area overlapping its hexagonal zone (WGS84 60° 14′ 31″, 24° 23′ 2″). From Sjökulla there is a Tempo-D area forming a UAS flight corridor to the Nummela Airport zone. Around the Nummela airport, there is another Tempo-D mostly following the borders of the “EFD140A Nummela” sector, except in the north east corner where Yara Kotkaniemi site has its own Tempo-D area. The final Tempo-D area extends northwards from the Kotkaniemi area, extending all the way to the Hovi fields in the north end of the area. Together these five Tempo-D areas allow fixed-wing BVLOS drones to operate from Nummela Airport to all test fields in the area.

The Sjökullan Lennokkikenttä UAS (UAS salliva vyöhyke) is controlled and managed by the FGI and its purpose is to provide a test site for drone flights and remote sensing calibration facilities for National Land Survey and its collaborators. The site is meant only for professional use. At the site, it is allowed to fly drones upto 25kg in weight upto 1300 ft MSL (~ 390 m AGL) height. Activation of the Tempo-D is required for flights above 120 m AGL and/or BVLOS flights.